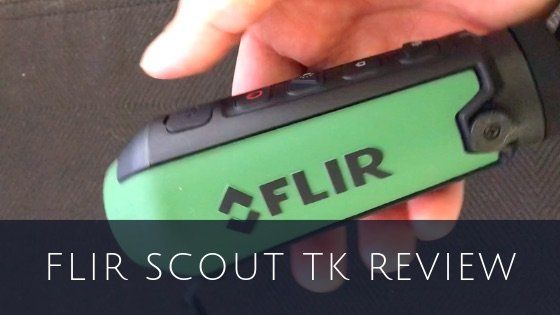 FLIR lets us see the world in a better light through their thermal devices. Whether you are an outdoor enthusiast, night time hunter, or you want something fun to do over the weekend, one of their Scout Thermal scanners is a perfect choice.

The FLIR Scout Series consists of some of the best outdoor thermal scanners. These devices are all lightweight and built to withstand use in outdoor environments. The newest entry in this line is the FLIR Scout TK. It is a handheld thermal scanner that is perfect for spotting or tracking animals. Its sub $600 price point is very attractive as well for buyers on a budget or those looking for their first thermal device. Continue reading our FLIR Scout TK review to find out if it has all the features needed for your next adventure.

The FLIR Scout TK is easy to use and is small enough to fit into almost any pocket for easy transport. It gives you a view of wildlife, hikers, and other things you may encounter on the trail no matter how dark it may be. The Scout TK uses thermal  technology which consists of advanced sensors (microbolometers) to detect heat differences of objects/animals surfaces and create an image based off this information. Unlike night vision which requires at least some ambient light; thermal imagers such as the Scout TK can work in complete darkness. 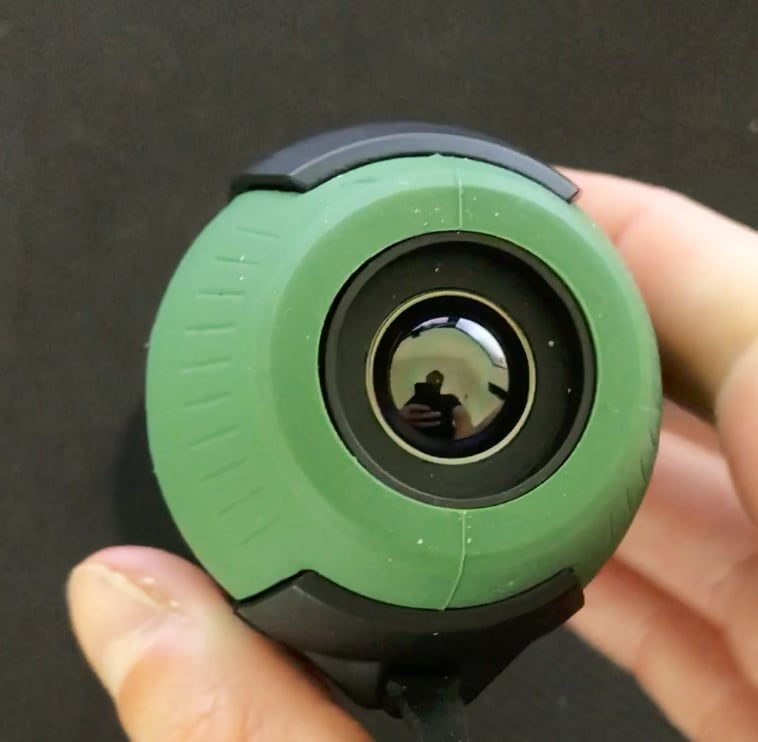 This is a handheld thermal vision monocular. The Scout TK uses a 160x120 VOx Microbolometer. This is an uncooled thermal sensor which contributes to the lightweight properties of this device. This thermal imaging monocular does not have the highest resolution but for an entry level monocular the quality is decent. You can also record videos in addition to still images. The refresh rate of the Scout TK is only 9 frames per second so tracking quick moving animals will be difficult.

With the Flir Scout, you can see objects in total darkness allowing you to be aware of your surroundings. This pocket sizes thermal camera has a identification range of 100 yards; meaning you can identify or recognize targets up to 100 yards away. It is pretty useful when you don’t want to get too close to an animal you’ve been tracking, or when using it for personal security at night. 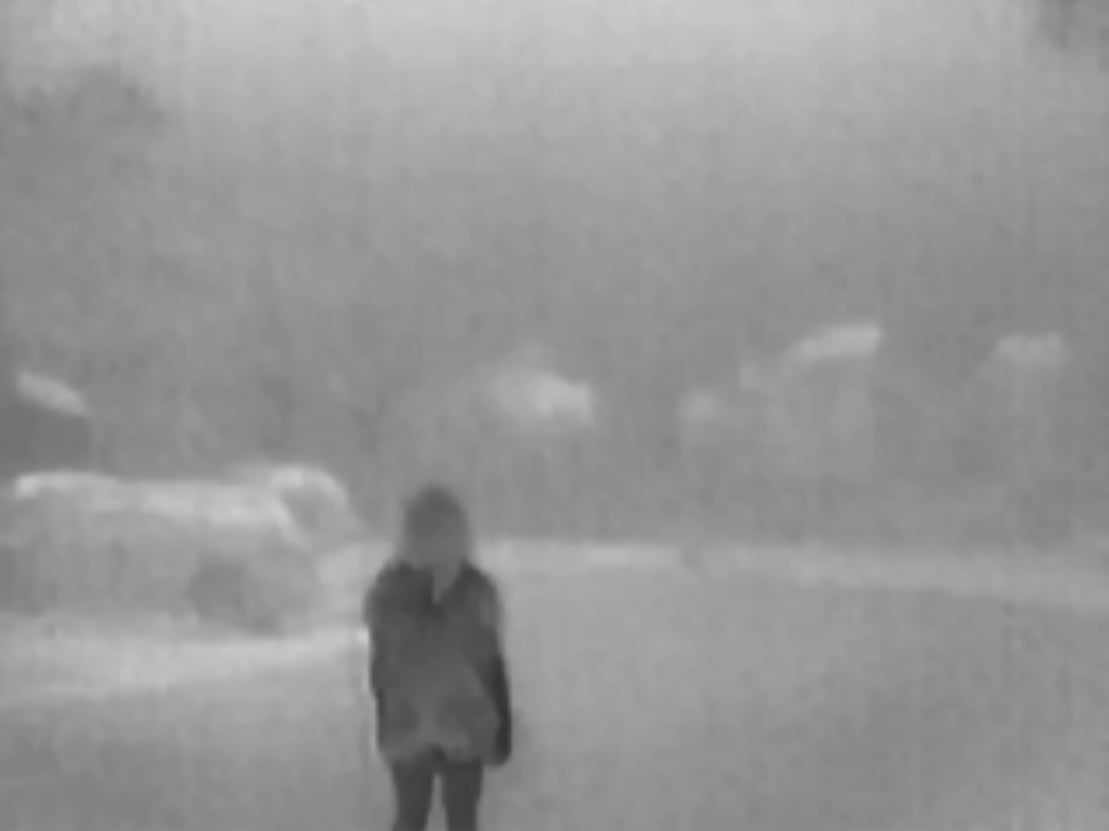 Explore even more as you get to see high-quality images on the FLIR Scout TK. Using FLIR’s proprietary Digital Detail Enhancement, this thermal vision monocular is capable of producing decent pictures. You can detect and tell what’s on the screen, thanks to the 640x480 LCD display. Every image has details and great contrast to help you see the difference between your target and the background.

This device also offers a good field of view at 20x16 degrees.

The FLIR Scout monocular uses four buttons to control the device. Pressing the power button will start the device in less than five seconds. It can capture images and even record video. A short press on the image-capture button takes brilliant pictures while a long press captures video.

The device allows you to explore different color palettes from white to Black Hot, Ista Alert, Graded fire, Lava, Iron, Rainbow, and more. This gives you a broad preference of colors to help in modifying the image or video according to your liking.

The device has a USB port which allows for transfer of videos and images to a computer via included USB cable.

This is the lightest of the Scout series, weighing in at around 6 ounces. It can go in your pocket or hang nicely on your neck using the included lanyard. It is designed for one-hand use making it possible for anyone to handle the device with ease.

Even for a small device, it is surprising how much abuse it can handle. For one, the thermal vision scanner has an IP67 waterproof rating. This means it is submersible to a depth of 1 meter for 30 minutes with no water damage. The device can handle rough terrain replete with dust and fog. 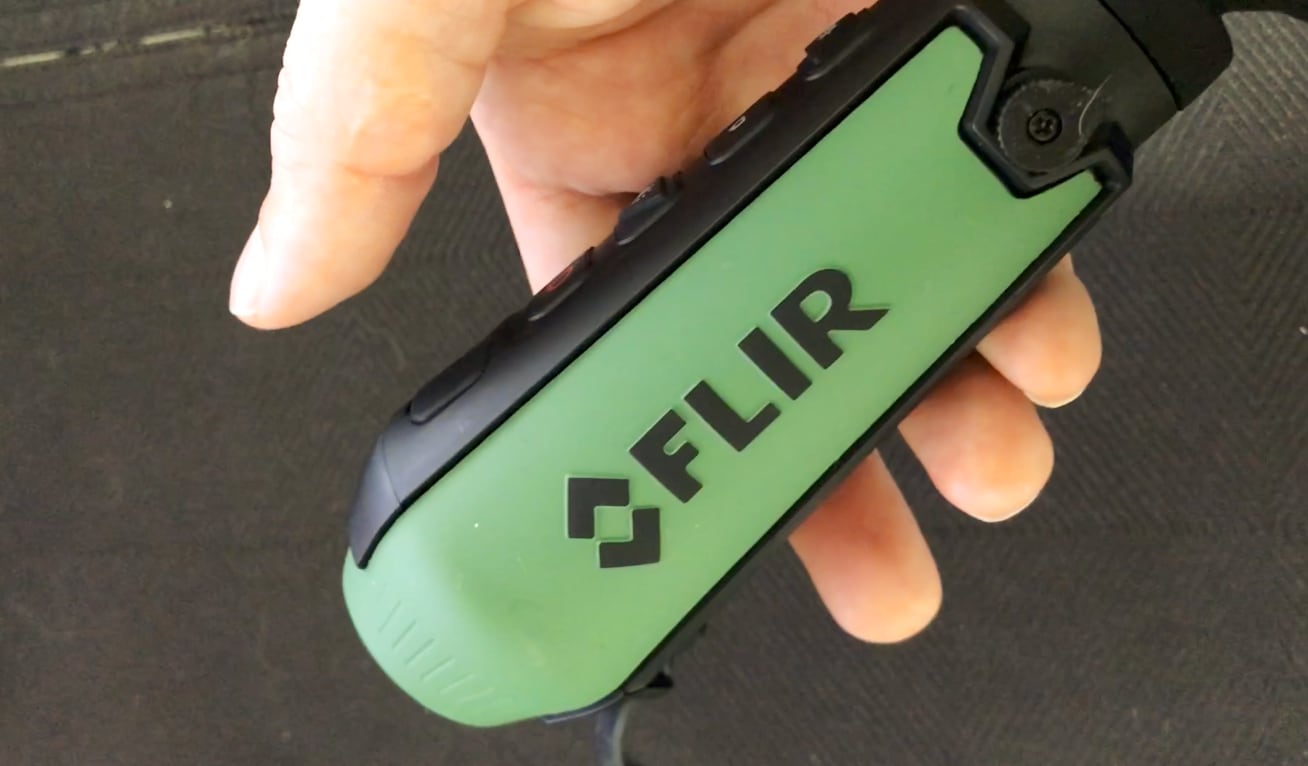 You’ll always want to consider the operating time of a thermal monocular before you put your money into it. The Scout TK uses a rechargeable Lithium-Ion Cell that provides up to five hours of operating time. This is enough time to for almost all outdoor enthusiasts.

Scout TK also enjoys the 2-10 years warranty offered on all FLIR thermal devices. The parts and craftsmanship are covered for two years while the detector is covered for ten years.

Best Uses of the Scout TK

The FLIR Ocean scout is a marine thermal handheld camera. It is rugged and weatherproofed to withstand marine elements like mist, fog, and water intrusion.  This thermal camera is designed to help you see landmarks, vessels, floating debris, etc. so that you can navigate safely. If you are part of the coast guard or out on the water often at night this device will come in handy during as it can detect heat signatures of anyone or anything in the water.

When compared to the Scout TK, the Ocean Scout TK is a different color, and it operates using three buttons. You can choose from three models regarding the resolution you’d like on the Ocean Scout. The sensor display options include; 240x180, 336x256, and 640x512 pixels. It has three color identifying palettes for fast identification of animals or people in the water.

The Scout III is in three models starting with a detector from 240x180 VOx Microbolometer to 336x256 to 640x512 VOx Microbolometer. Scout III can detect heat signatures of people and animals up to 550 yards away. Images are displayed on a 640x480 pixel LCD just like in the Scout TK. It provides crisp, clear pictures with better contrast than regular night vision devices that depend on ambient light.

FLIR Scout III has a simple but a more advanced user menu. The four buttons can power the device, adjust brightness, zoom, and change the palettes. Scout III has three color choices, unlike the FLIR Scout TK which has nine.

The FLIR Scout TK opens our eyes to the infrared spectrum. It offers a rare experience that can only be seen with the help of a thermal imaging device. From hunting and backpacking to home security and utility inspection, the FLIR Scout is built to be used in many different applications.

The FLIR Scout TK is a niche product and a worthy investment. If you are looking for an entry level thermal monocular or are on a tight budget you cannot go wrong with the Scout TK.