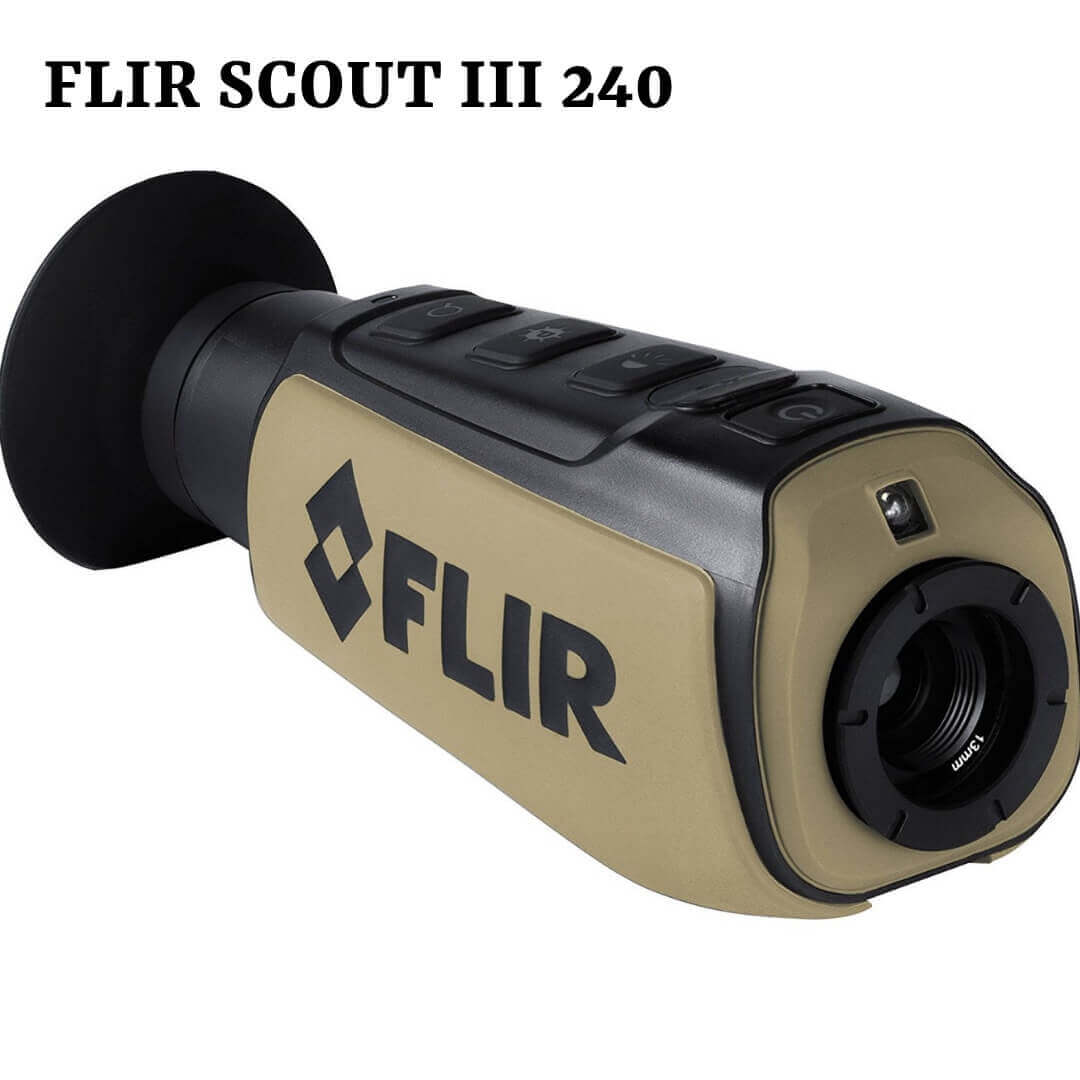 The FLIR name has been synonymous with thermal imaging for quite some time now. With over half a century of skin in the game, it is clear that FLIR's innovative approach with their products is working to help professional firefighters, building inspectors and electricians see beyond the problem. A thermal camera, after all, is an essential tool for disaster management and you can help save lots of money spent on repairs and leakages. With the FLIR Scout III 240, you get a thermal imaging monocular that is built for the great outdoors. This thermal monocular is built for smooth imaging with a 30Hz refresh rate not to mention a decent level of image clarity with a 240x180 thermal resolution.

Features of this thermal monocular

Right out of the box, the FLIR Scout III 240 is designed to grab the attention of the outdoor enthusiast. This thermal imaging monocular is designed to fit easily in anyone’s palm and its rugged weather tight shell is capable of withstanding a hard drop and extended outdoor use. You get a non-slip grip rubber covering with rubber eye-cups for comfortable viewing. Added to the fact that it's a waterproof and submersible thermal imager, the FLIR Scout III 240 boasts a lightweight polymer housing that only weighs about 12 ounces.

By far, the FLIR Scout III 240 is one of the most intuitive thermal imaging cameras you will find out there. It is easy to simply get started with this thermal device even with little to no training on how everything works. It comes with the choice of different detection palettes going from a graded fire and Insta Alert to a Black Hot and White Hot options not to mention a utility light that works well at night. In fact, you can use the graded Fire alternative to enhance the Insta Alert for clear viewing. Even though the FLIR Scout III 240 is designed for outdoor enthusiasts, it has an intuitive design that can be used by anyone looking to see thermal signatures through smoke, fog, and foliage. Additionally, the view menu is easy to navigate with an effective control pad that makes operations simple.

Here is where the FLIR Scout III 240 does its best work. From up to 383 yards, you can detect thermal signatures with pristine clarity. Furthermore, the camera comes with FLIR's proprietary Digital Detail enhancer that relays NTSC or PAL video formats at a 30Hz refresh rate.  The built-in LCD screen is bright with a display resolution of 640x480 for crisp clear thermal imagery even in the dark.

As mentioned above, the FLIR Scout III 240 is a go-to for outdoor enthusiasts looking for a reliable tool either for hunting or camping. You can use it to identify and track game and thanks to its fast startup and an extended battery life, you can rely on it while out in the wild. There is more, the FLIR Scout III 240 is not just designed for professional hunters, it can be used by smart home enthusiasts as well in most home-based applications.

Thanks to its compact and rugged body quality, this thermal imaging camera can take lots of abuse and still record lifelike thermal videos and images both at night and during the daytime. The only downside, especially for game hunters, is the fact that the FLIR Scout III 240 does not come with a mount. This, therefore, means you cannot use it as your rifle scope.

However, you can buy a helmet and mount separately and use it with your helmet for night vision assistance. Furthermore, it has an intuitive build quality that is easy to use yet effective enough for those looking to boost the level of security at home. This thermal imaging camera can be set to display intruders and predators in a glowing red figure with clarity that cuts through the thickest and darkest surroundings. 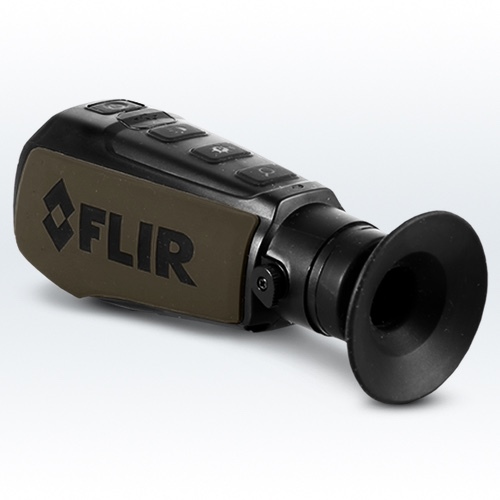 Some of the similarities between the two thermal imaging devices include a compact design that is built for outdoor enthusiasts. The two thermal imaging cameras are rugged and durable enough for producing crisp clear imagery. Also, you still get the same variety of detection palettes with both cameras which is great. 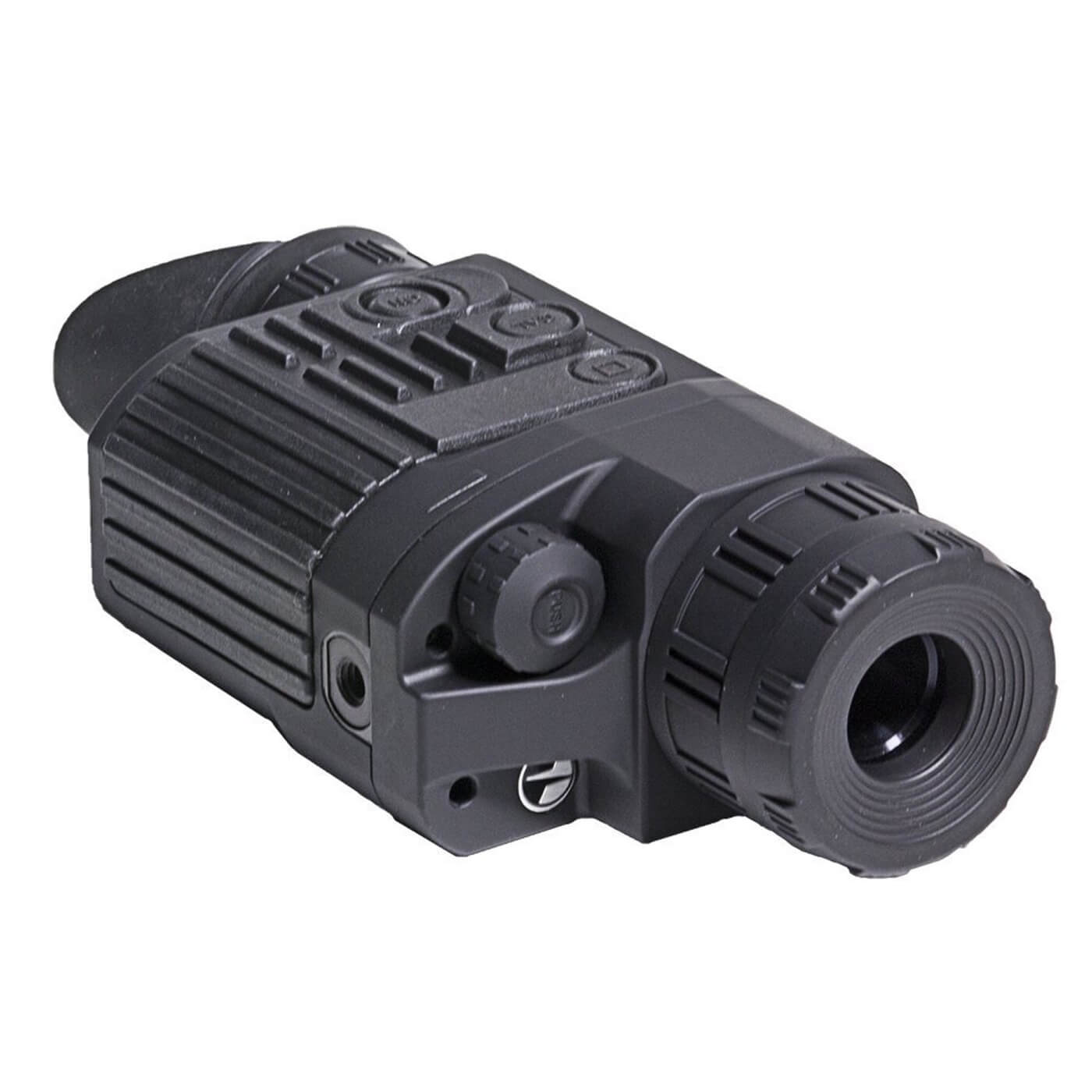 Even though the FLIR Scout III 240 boasts of a cheaper price tag with the reputation of FLIR Systems, the Pulsar Quantum Lite XQ23V has a higher thermal detection range set at 875 yards. The Quantum Lite also has a higher image refresh rate of 50Hz compared to the 30Hz of the Scout III240.

Furthermore, the higher resolution of the Quantum Lite enables highly detailed imaging that is only available with the Flir Scout III 320 and 640. The only edge aside from a cheaper price the Scout III 240 has over the Quantum Lite is the fact that it can record videos with a USB to RCA cable output plus it comes with a menu that is easy to use both for beginners and experts. If you are on a budget, however, the FLIR Scout III 240 still stands out as a better option.

As part of FLIR's Scout line, the Scout III 240 is one of the best thermal imagers you can find at its price range. It is known for its compact monocular design with smooth 30Hz imaging plus a reliable thermal resolution of 24o x 1280. Basically, the Scout III 240 is a go-to for hunters, camping enthusiasts or simply an individual looking for a tool to enhance security at home. However, when compared to other thermal cameras in the Scout line of products, the Scout III 240 struggles to keep its edge. You can certainly dig dipper into your pocket and get a better quality imager such as the FLIR Scout 320 or the 640 version.