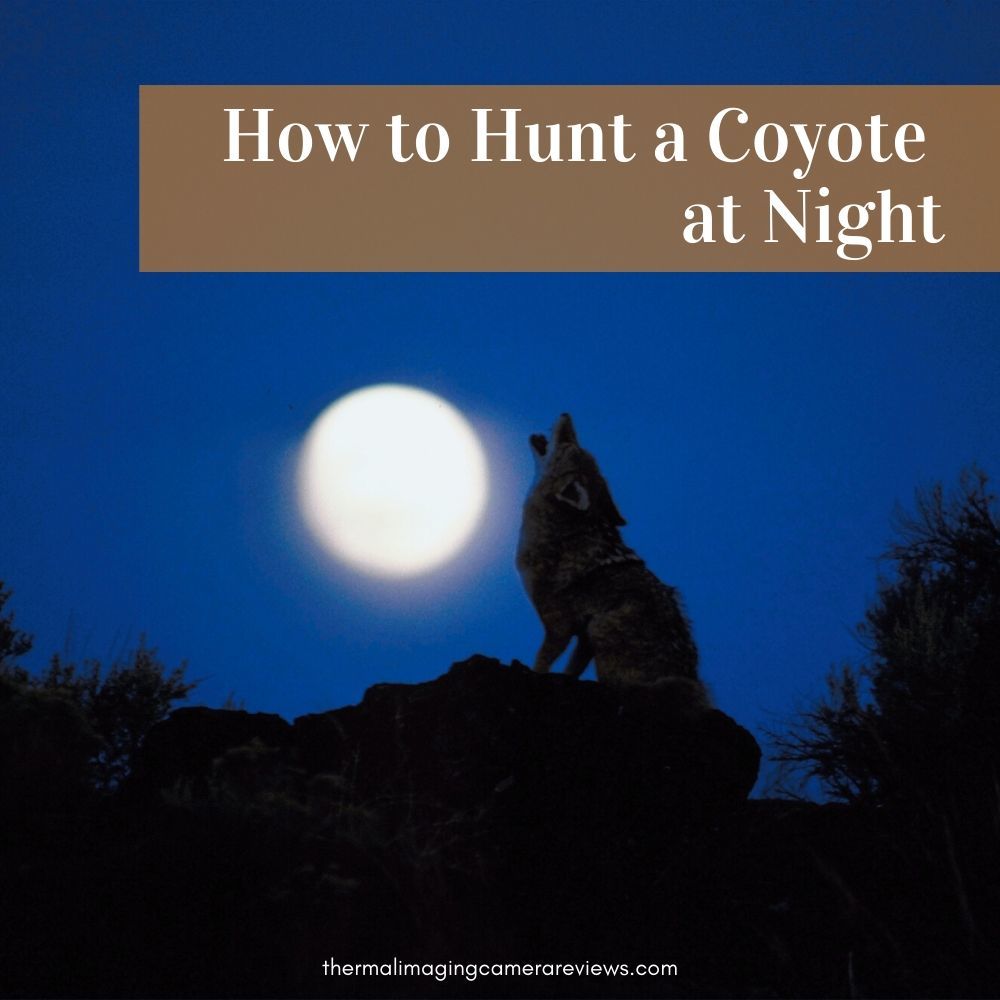 Coyotes are undoubtedly one of the most popular prey for night hunting purposes. While they can be active during the early hours of the morning, they prefer to come out at night. This is especially true if they live near human beings as they tend to become nocturnal to avoid humans.

We’ll have you know that even though coyotes are often the target of many night hunters, they’re in no way easy to hunt down. In fact, hunting coyotes at night can be challenging because their ears and nose continue to give them the edge needed to survive.

Ultimately your hunting success depends on your technique and whether you’re using the right night hunting device.

Lucky for you, we’ve compiled a list of tips that is likely to make your coyote night hunting adventures a success.

Familiarize Yourself with the Your Local Hunting Laws

First things first. Before you set out coyote hunting—or any other animal for that matter—it’s important that you read up on the hunting regulations in your area. Are you permitted to do so? Is there any special light that you are required to use?

The last place you want to find yourself is on the wrong side of the law. In most states hunting coyotes using artificial lights is prohibited. In addition, some states require that you only use a shotgun when hunting a coyote.

No matter how familiar you are with the hunting location, it’s a good idea to pre-scout during the day. Keep your eyes peeled for areas that have dense grass, crops or timber. Those are the places you’re likely to find coyotes hiding.

Simply because the coyote can’t really see you, doesn’t mean that it can’t smell you. Avoid positioning yourself where the wind might carry your scent to your prey.

Avoid Using a Device with a White Light

The riflescope you use for coyote hunting is important as it largely determines whether or not your efforts will be fruitful.

Different thermal scopes or riflescopes have many different color palettes to chose from including white-hot and black hot. Thermal scopes do not require a spotlight to help identify your target so you are less likely to spook coyotes when hunting them with a thermal scope. 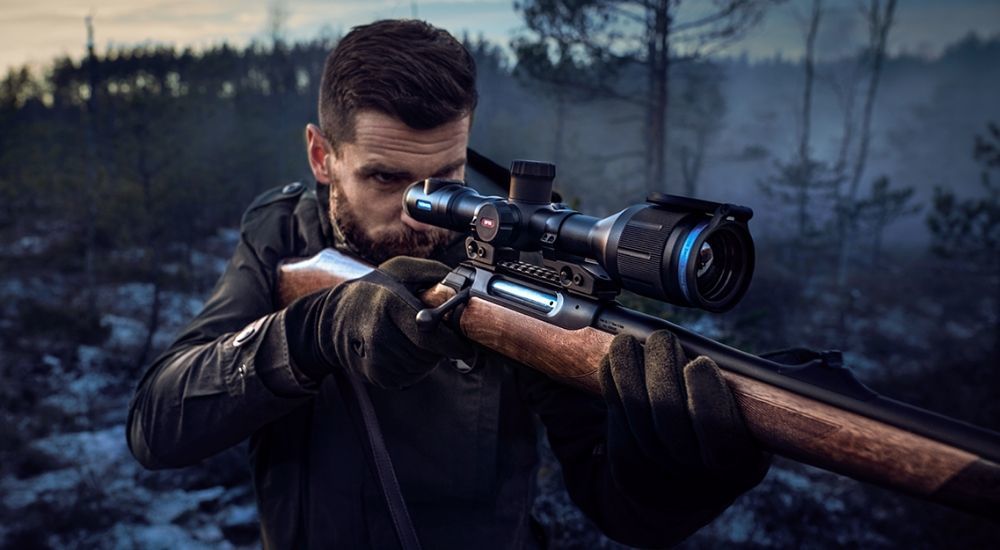 Always opt for a Scope-Mounted Rifle

Different hunters prefer using different devices when hunting. But in the case of hunting coyotes, you want to opt for a scope-mounted rifle.

This type of riflescope allows you to simultaneously scan the area as well as get ready to shoot anytime the opportunity presents itself. It also allows for easy handling compared to holding two different objects at once. As you can imagine, it’s a lot easier to hold one object as opposed to a gun and flashlight.

If you prefer using a shotgun, use a head-mounted light that you can attach onto the gun. This way you can also scan and shoot when need be.

Generally speaking, people prefer to go down on one knee when sighting in on their target. Kneeling will make you more discreet as opposed to standing which increases the likelihood of you scaring your prey away.

But when it comes to hunting a coyote, you’re free to do so from a standing position. This is because coyotes aren’t able to see anything behind a source of light. So, you don’t have to worry about positioning yourself behind a tree or shrub, etc.

Be in Close Range

When it comes to hunting a coyote, we advise that you do so from a close range for the best results. This means that you can go ahead and pick a thermal scope that allows for close-range viewing to enable better target identification.

But since you’ll be in close range with the animal, you must always be on high alert and never sacrifice your personal safety for a clean shot.

Hunting down a coyote requires you to identify the animal’s glowing eyes since you’ll be hunting it in low-light conditions.

Make sure that you scan the area very quickly using a riflescope, preferably one with a high- performance hunting light. The idea is to scan the light back and forth quickly to call the animal towards you. Keep the beam of light produced by your device moving as fast as possible so that you can identify the approaching coyote’s eyes fast.

Once you’ve identified the coyote’s eyes be sure to focus the outer light beam on the eyes to give them just enough light to keep glowing. Try and avoid focusing the entire beam of light on the coyote’s eyes as this may scare it away.

Go Ahead and Shoot

Once you’ve identified a set of eyes, quickly cast the full-beam light on the animal to confirm that it’s indeed the animal you think it is. If it is, go ahead and shoot!

Hunt in a Pair

To increase your chances of making your coyote hunting a success, go with a hunting buddy where possible. In this case, you can ask your partner to be on standby to retrieve the coyote while you aim for the kill.

Hunting at night is never an easy task. But with right night hunting equipment and technique, you significantly increase your chances of shooting your target.

Be sure to always carry a compass. You don’t want to get lost in the woods. Also, always practice extreme caution because at the end of the day your safety does come first.

Above all, be sure to check if night hunting is indeed allowed in the area beforehand. If yes, feel free to go ahead and embark on your nighttime hunting adventure. Use the tips outlined here today and get ready to make your coyote hunting mission a roaring—or rather howling—success!