Can You Hunt Deer with a Thermal Scope? 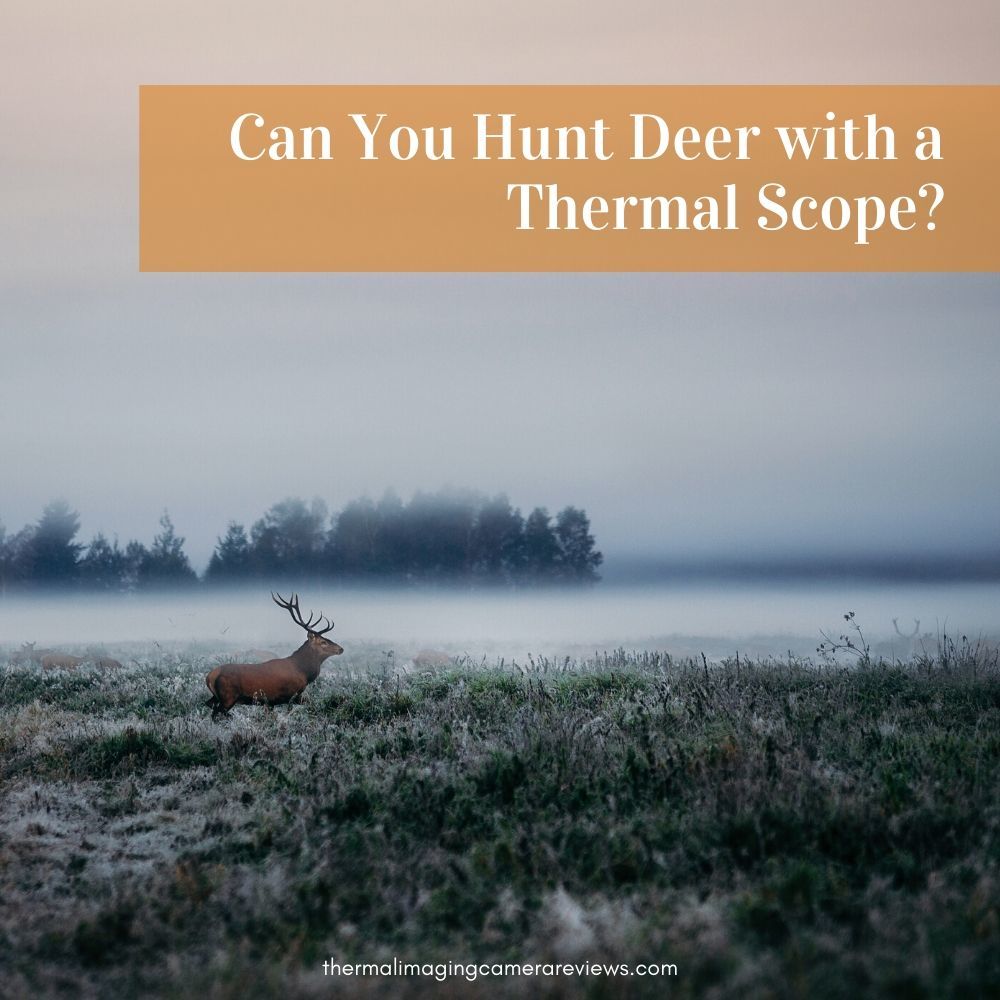 There seems to be a lot of uncertainty regarding whether or not it’s permitted to hunt deer with a thermal scope. We’re here to shed some light on the matter.

Hunting laws vary from one state to the next. Part of being a responsible hunter includes knowing the hunting laws before setting out on your adventure.

So, can you hunt deer with a thermal scope? The short answer is that it depends on the state that you’re in! Some states allow it while others strictly prohibit it. It’s in your best interest to find out the exact hunting laws in your area to ensure you are complying with them.

When Can’t You Hunt Deer Using a Thermal Scope?

It’s believed that shooting deer at night causes them a great deal of stress. Deer typically come out in abundance during the day, especially if they don’t feel like their safety is threatened. But lately, deer are being shot at during the day so often that they no longer feel safe and may stop coming out to feed, which negatively affects their health.

If this shooting persists, the deer population will decrease potentially causing them to become on endangered species in certain areas.

When is it Okay to Use a Thermal Scope to Hunt Deer?

It follows that in some states it’s allowed to hunt deer with a thermal scope during the daytime. Also, it’s perfectly legal to use a thermal scope to count deer at night.

In the past, deer counting was typically done in the morning. But because thermal scopes allow for better target identification, you can do so at night and obtain accurate results on the population numbers in your area.

Circumstances Where Hunting Deer is Allowed in Certain States

In certain areas, it’s permitted to hunt deer at night only if the following situations prevail:

Why a Thermal Scope? 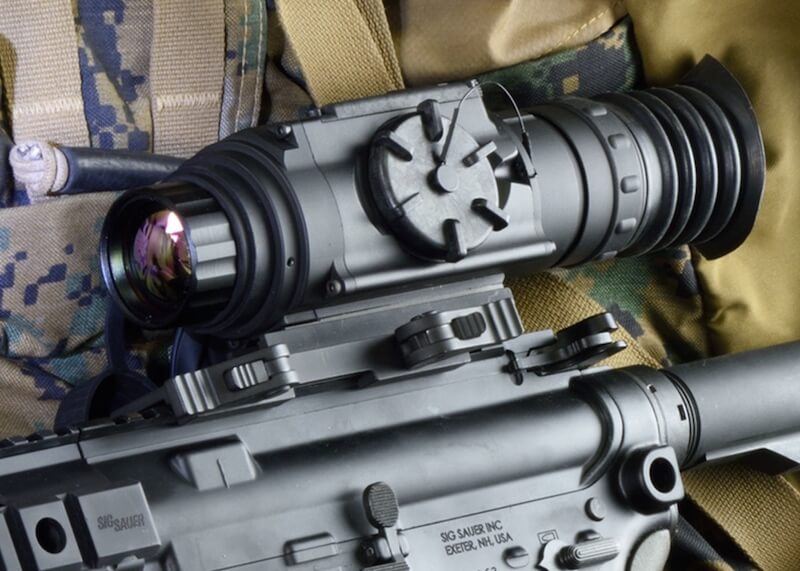 There are many devices you can use for hunting deer. These include anything from shotguns, rifles and in some cases large caliber pistols. There are many accessories as well such as riflescopes that can help you during your hunt.

Thermal scopes are loved by many hunting enthusiasts the world over for their high performance. Below we list a few advantages associated with using thermal scopes for deer hunting.

Thermal scopes are known for their affordability compared to other devices, especially for the functionality they offer.

The cost of thermal scopes is seemingly dropping each year as they become more popular. By the look of things, thermal scopes might soon be considered as a standard hunting tool in certain states.

Work During the Day & Night

Thermal scopes are designed to work equally well during the day and night which makes them highly versatile & cost-effective, unlike night vision scopes that can only be used during the night.

This is because thermal technology is designed to work in complete darkness as well as under the full sun. This is great because a thermal scope eliminates the need for hunters to carry two different devices for different times of the day.

It’s no secret that hunting at night is more challenging than hunting during the day. Your chances of identifying your target are limited at night. That’s where thermal imaging devices come in. They help increase your chances of spotting deer for a more accurate shot.

Thermal devices allow you to view crisp and clear images of your target. This means that your chances of hitting the right target are high if you use a thermal scope.

Because thermal images work by detecting heat and not light, you can see deer clearly even through tall grass and other foliage.

Another advantage of thermal scopes is that they have a long detection range. This means that they can detect warm targets from a great distance—as far as 1,000 yards with the right lenses. This essentially makes it safer for you compared to using other devices.

While you may not necessarily be able to identify the actual target from that distance depending on the optics you are using, you’ll be aware that something is there so you can move closer.

What to Look for When Buying a Thermal Scope

When going deer hunting, you want to make sure that you have the best thermal scope for the task. This way you get the most out of your hunting adventure. Pay attention to the following:

To reiterate, it’s of the utmost importance to observe the specific laws for the area that you want to hunt deer in. But where thermal scopes are permitted, your chances of hunting down deer are higher if you use these devices.

Sure, if you’re new to hunting, thermal scopes may provide you with something of a learning curve. But after enough practice, you’ll be a pro in handling the device in no time. Simply make use of the user manual provided.

If you do find out that your state doesn’t permit hunting deer with a thermal scope, and you really want to try this, consider going on a hunting trip in a different region.

Did you find this article useful? Let us know in the comment section below.