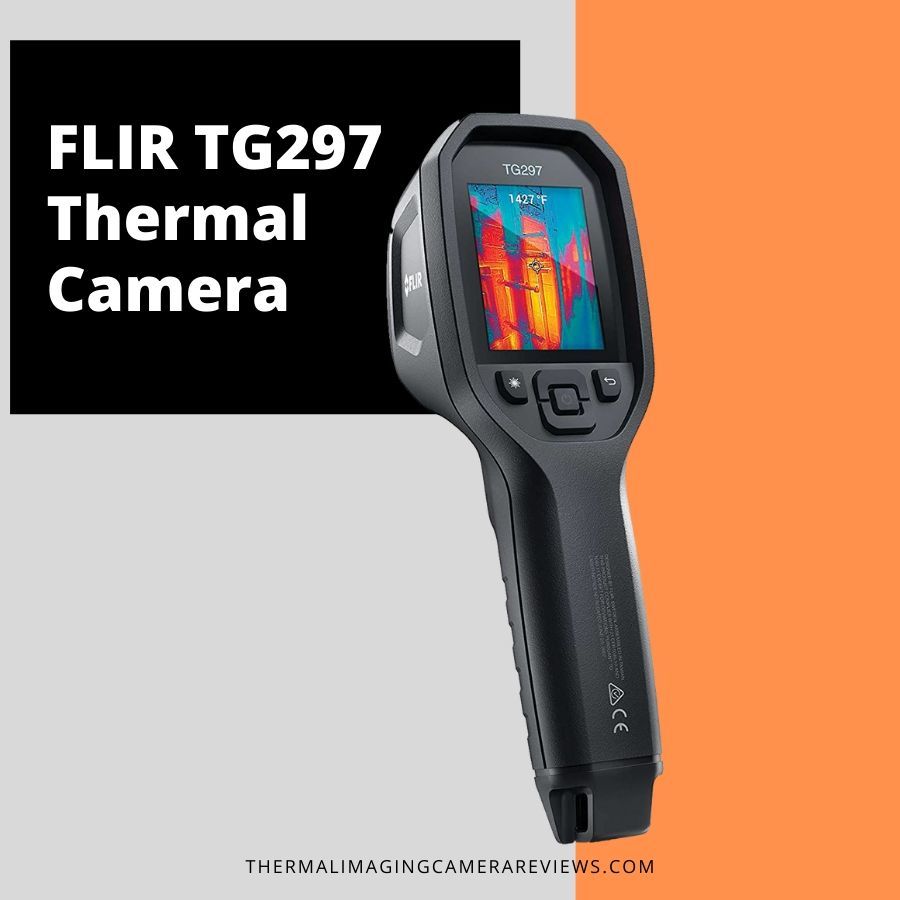 The company is headquartered in Oregon in the United States and has been operating since 1978. Since then it has continued to wow its customers and the thermal imaging industry with its superior products.

On September 13, 2019, FLIR announced that it would be releasing four new products for electrical professionals. Let’s take a look at one of the most exciting products featured in their announcement…

The New Industrial Handheld Camera on the Market: FLIR TG297

The TG297 was unveiled at this year’s National Electrical Contractors Association trade show in Las Vegas and the reaction was extremely positive. This one-of-a-kind diagnostic tool allows users to identify problems accurately while producing the crispest of images possible.

Could this handheld device be a game-changer for the industry professionals that use thermal imaging in their daily work lives? Let’s find out.

The TG297 is specifically designed to be used in industrial applications and conditions that require a greater temperature range. This next-level troubleshooter can identify and locate the source of issues found in applications such as furnaces, kilns, refractory, and manufacturing.

Included with every purchase of the FLIR TG297 is a wrist strap lanyard, USB cable, and storage pouch.

Features of the FLIR TG297 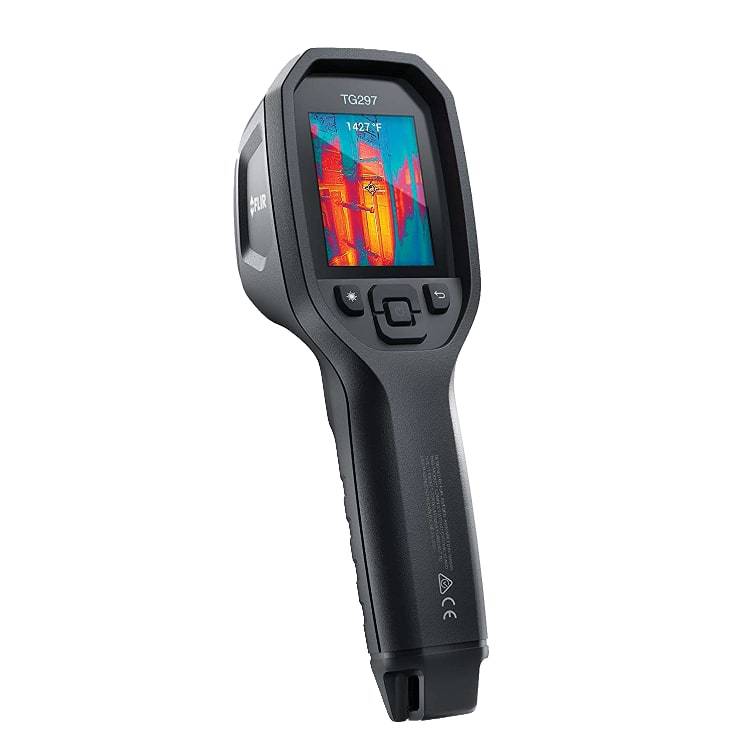 The FLIR TG297 is full of features that are exciting to not only those that use thermal imaging devices in their professional capacity, but also to those that have an interest in thermal imaging technology. Let’s unpack some of the most notable features found in the TG297.

Perhaps one of the most exciting features of the FLIR TG297 is the included MSX technology. MSX or Multi-Spectral Dynamic Imaging is a patented FLIR technology that allows users to identify and diagnose issues faster, thanks to its image enhancing. In a nutshell, this built-in software extracts details from a digital image and embosses them over a thermal image instantly, resulting in clear, crisp, highly detailed images. The built-in 2MP digital camera ensures quality images.

The TG297 is compact, rugged and boasts the ergonomic grip handle that FLIR has become known for. It’s black in color, features a tripod mounting handle and its cover glass material is made with optical grade silicon. The device is protected against drops from 2m heights as well as from damage caused by dust and water.

When it comes to storage, the FLIR team cut no corners with the TG297. The device has an internal image storage capacity of up to 50,000 JPEG pictures. This is helpful because users can relay visual information back to clients and team members as well as compare before-and-after images.

The TG297 features a Bluetooth Low Energy (BLE) connection. BLE is a wireless personal area network connection that consumes significantly less power without jeopardizing its expected range. A USB Type-C is used to transfer images and charge the device.

The built-in 100 lumens LED flashlight found in the TG297 is a feature that speaks to how user-friendly this device is. The flashlight has a CCT of 6500° K and a beam angle of ± 20° so now you’ll be able to shine a light on those hard-to-reach areas & get your work done with more confidence.

A button activated class 1 laser indicates the temperature measurement area in a bullseye circular display, so you can now identify the exact area you’ll be measuring. Class 1 lasers are safe to use under all normal usage conditions. The type of laser found in the TG927 is a DOE (Diffractive Optical Elements).

The FLIR TG297 has a rechargeable Li-ion battery that is charged inside the camera. The battery can withstand five hours of continuous scanning, and 4.5 hours of scanning if the laser is activated. It will take four hours of charging time for the battery to reach 90% and another two hours for it to reach 100%.

FLIR’s products are covered by a standard 1-year warranty, but if you register your product you’ll be eligible for FLIR’s exclusive 2-10 warranty. That means that the parts and labor coverage on the TG297 is for two years and the detector is protected by a 10-year warranty, which is unusual in the industry as a whole.

On the same day that the TG297 was released, the TG267 was one of the devices that accompanied it. The devices look extremely similar and share all the same features. But there is a large $500 difference in price. Why?

It’s safe to say that FLIR has indeed done it again with their latest product offering. While the high price point might not be ideal for all users, it will likely provide a return on investment by decreasing your troubleshooting time and increasing your overall efficiency.

Its list of impressive features, advanced internal technology, and unbeatable warranty justify its price tag & we can happily recommend that industry professionals invest in this innovative device.