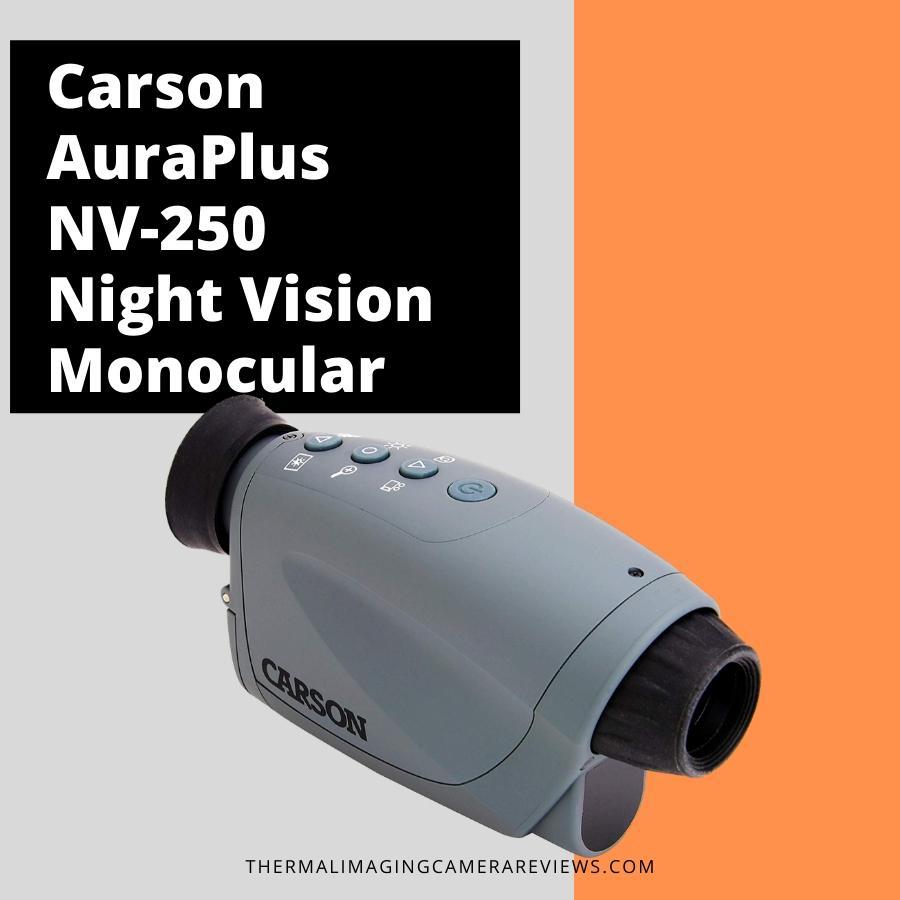 For the longest time the ability to see in the dark was reserved for super spies and superheroes, but never for everyday people like you and I. Thankfully, those days are over and today anyone can get their hands on a night vision device that will make this possible.

One such device is the AuraPlus NV-250 digital night vision monocular which we will be discussing in detail after covering the basics of night vision devices. Ready? Fire!

Using infrared technology, Night Vision Devices (NVDs) provide its users with the ability to see in the dark. First used during WWII, night vision devices have evolved exponentially and has turned into an extremely innovative technology.

Once used only by the US Army, today NVDs are also used by law enforcement agencies and civilians. Examples of night vision devices include goggles, binoculars, riflescopes, glasses, cameras and the monocular.

We’re seeing a rise in the popularity of digital night vision devices. The main visual difference to a regular user between digital NVDs and traditional NDVs is the color of the image that is produced.

On top of this, most traditional NVDs rely on an intensifier tube, but these tubes can break easily when exposed to light which is a disadvantage to using this device. With digital NVDs, this concern is eliminated as no tubes are used.

What are Night Vision Devices Used for?

There are many benefits to using night vision devices, in addition to the fact that they’ll make you feel like a superhero. This includes: 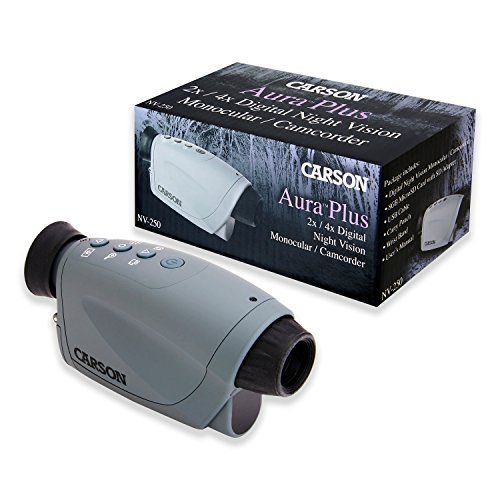 The NV-250 PLUS digital night vision monocular is brought to you by Carson Optical, a leading distributor of optical products that has been operating since the 1990s.

The AuraPlus NV-250 features a compact design that makes it ideal for usage in outdoor activities. With dimensions of 4.9” x 1.2” x 2.5” you don’t need to worry about your monocular taking up too much space.

Owing to its popularity is the AuraPlus NV-250’s lightweight feature, weighing in at a mere 4.5oz, so you’ll never be weighed down. The hard plastic body is durable while the light gray color makes it easy to spot in the dark. All in all, the AuraPlus NV-250 is a very well-designed digital night vision monocular.

On top of being beautifully designed, the AuraPlus NV-250 boasts many features that make it such a sought-after product.

In order to save battery, the AuraPlus NV-250 boasts an adjustable frame rate. Pick between three frame-rate modes: 30 fps, 15fps or 8fps. Use the arrows to change between the different settings.

The AuraPlus NV-250 is able to both capture images and record videos. The maximum video capturing resolution is 640 x 480 pixels. Press the button found on top of the device to switch between video mode and picture mode. These photos and videos are instantly saved to the device & can be easily transferred to a computer via either the included USB cable or the microSD card.

The AuraPlus NV-250 digital night vision monocular has four IR modes for you to choose from:

If you’re unsure which mode your currently on, take a look at the IR icon found in the top left corner of the screen.

Operating the AuraPlus NV-250 digital night vision monocular is as easy as can be. Simply hold down the on/off button for two seconds to switch the device on, adjust the eyepiece until the screen icons are clear and then rotate the objective until the image is clear.

When you want to capture an image, press the button with the triangle icon on it. For recording a video, hold this same button down for two seconds or until the icon changes from that of a camera to a video camera. 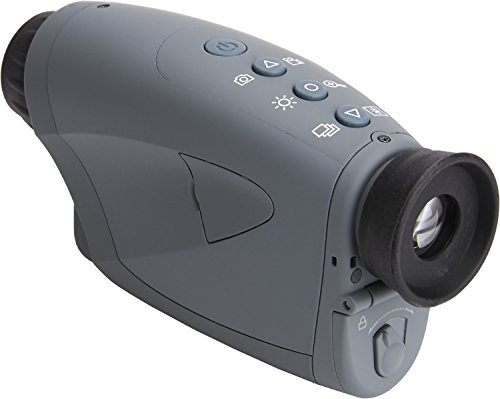 On the menu you’ll find the following: 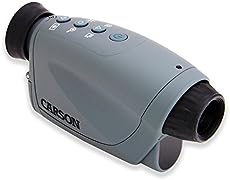 Remember that the batteries are not included with your purchase, so you’ll have to purchase these separately.

Included with your purchase of the AuraPlus NV-250 is a soft carrying pouch, a convenient wrist strap, an 8GB MicroSD with adapter, a USB charging cable and a detailed user manual. Apart from batteries you have all you need for easy use and looking after your new gadget. 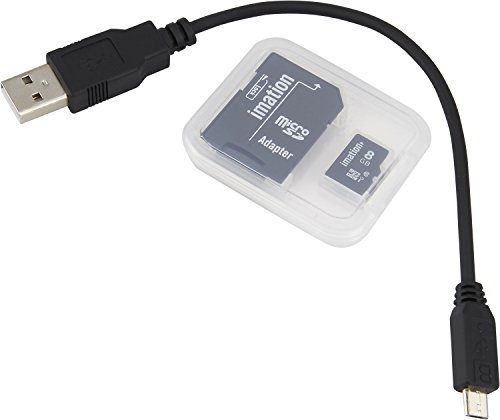 For ultimate peace of mind the AuraPlus NV-250 is backed by Carson Optical’s limited one year warranty.

Overall, the Carson AuraPlus NV-250 Night Vision Monocular is a must have for campers to take along on their trips. We think it’s safe to say that anyone who needs a compact night vision device with video recording capabilities at an affordable price will be happy with this model.